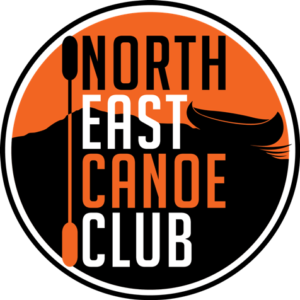 Paddlers-Jules, Linda & Nors (NE Canoe club members) and Richard (The only male in the team and someone ‘so’ brave they could only be sourced from the UK)

For those that dont know, the New Zealand School of Kayaking is not only the premier school for kayaking instruction in NZ, it is headed up by the legendary Mick Hopkinson and his amazing crew of talented instructors in beautiful Murchison. What makes this school even more ideal is its location and the amazing choice of rivers to paddle no matter what the water level/flow, which is measured in cumecs (cubic meters per sec) in the land of the kiwi. The kayak school is located just on the edge of town on a beautiful property and accommodation is offered in the course price. The large rambling ranch style house has 3 bunk rooms and a large kitchen/living area with a large verandah front and back; ideal to kick back on and savour a beer/wine at the end of a big day (and they will be) and plenty of hanging room for wet gear (which there will also be ). There is also a pond that at some stage you will find yourself on, practising different strokes before going out on the white stuff.

The courses that are on offer are many and include but not limited to introductory, intermediate, advanced, refresher and river safety courses. Courses generally run for 4 days and within those groups participants can be split in to subgroups depending on skill levels and what each person wants to achieve from the course. The courses cost $895 and if you hire a boat and gear, there is a charge of $100. Dagger RPMs, RPM max & Axioms are the most commonly used boats, however if you want to try out any of the other boats that they have in the shed, this option is available. There are plenty there!

Getting there is easy, you can get a flight from Melbourne to Nelson, generally you will go through either Auckland or Christchurch and once you hit Sunny Nelson its a easy bus ride (2 hours) to Murchison. Intercity buses run daily from Nelson to Murchison departing at 0715hrs and get into Murchison around 9ish (Ticket prices vary, but as little as $1 if you book early, but usually around $29 NZD), so it gives you a day around the school to settle in, buy some food and get fitted for gear before launching in to the next 4 days. Alternatively car hire is apparently quite reasonable, although you really don’t need a car to get around Murchison, while shuttled around by the school.

So back to our trip..

Originally I was booked in to do the course that started the day after ours finished and logistically it was easier for me to change dates than Jules and Linda, I figured that if I had enough energy left that I may be able to tack on to the other course and paddle some extra days. Janetter Kear is the contact person for booking and enquiries and was extremely flexible arranging our booking. Usually they need at least 4 people for a course, but happily booked us and said they would try and pick up another to make up the number. That fourth person ended up being some poor unsuspecting Brit (Richard) who was plunged in to a course of females, with a female instructor to boot…..’Poor Richard’ was to become a standard saying over the 4 days.

We three girls met up in Nelson and caught the bus to Nelson together the following morning. The road to Murchison is a tad winding, so if anyone is considering this bus trip and they suffer from the affliction of motion sickness, probably best to take something. We arrived Murchison just after nine am and felt obliged to visit the one of the local cafes for coffee and scones. There is a variety of places to eat/ obtain caffeine fix etc, 2 pubs, 3 cafes and a take away that actually did really good coffee.

So we hoofed it to the school, which is about 15 min walk, made our way to the house and found ourselves a room. Wasn’t too long before it looked like some explosive device had gone off in our room; there was gear everywhere, but what the hell, just open the door on to the verandah and let some of it explode outside. Next important job was going to the supermarket to buy food…….gonna need lots of it, as the next 4 days will be comprised of the following:

And then it starts all over again next day!

After shopping we got fitted out for our boats and gear, so all ready to go for 7am next morning…..Yep 7am to the pool and the first session of the daily 2 hours of rolling practice.

There was a course on the go when we arrived, so we join them for their B-B-Q that night which is the usual for the last night of your course. Rata makes her ‘amazing’ roast potatoes…. although leaves us as custodian chefs and sadly a few too many wines and distractions see us carrying out our duties in a perfunctory manner! The outgoing course are all looking pretty trashed. We fill our ears with war stories from their days of paddling…….. &get excited 🙂

Linda and I have been to the school before, but Richard and Jules are going in blind, so really have no idea of what’s ahead of them. Each day has 2 hours of rolling in the pool, followed by some stroke correction firstly on the pond, then out in to some grade 2 rapids, followed by a park and play and a longer river trip in the afternoon.

Gradually the water is getting bigger and more and more live rolls. The ante is also upped in the pool training also, once you have your left and right roll going on, you progress to getting dragged up and down the pool by ropes attached to your bow and stern (I struggle with this vertigious activity been viewed as progression) to mimic getting tumbled around by a rapid. In this practice you learn to change edges and change sides under water if your not able to roll up on the side you have gone over on. If you have solid rolls both sides, there is always room to learn other rolls and hand rolling. The team are so good at teaching a sweep roll, most people have a dominant side roll, if not both sides before the 4 days are up.

All the days seem much of a blur of paddling and rolling now, but we paddled grade 2 and 3 water on rivers such as the Mangles, Buller & Matakitaki. Water levels were a bit lower than other times of the year, but still some great rapids to play in and bigger volume water than we generally see in the eastern states of Australia. I am happy to say that Richard survived his 4 days hanging out with 3 Aussie women, although he always did appear to come around the corner or come in on a conversation at the most inconvenient time….possibly he has gone home to have some therapy, although he seemed chipper enough………renamed ‘Richard the Brave’!. The only other casualty was myself, a wasp stung my wrist whilst I was sitting off in a eddy minding my own business. There was a bunch of wasps around (They looked like striped bees), they also looked dead and floating in the water……..whatever they were they could still sting and my arm became like the incredible hulks (minus the green). I needed to take some heavy duty antihistamines, which saw me missing a afternoon on the river, however sitting zombie like at dinner that night, another paddler piped up and said she would help as she was a doctor. This sounded good until she launched off into explaining the treatment consisted of applying onion and bandage! My first question was ‘what sort of doctor are you’? To cut a long story short, my sleeping bag still smells of onions, my arm improved enough to paddle the next day and I eyed everything that flew or floated with suspicion from then on.

Sadly it all came to an end too quickly. Although I went on to paddle another 2 days with another course after Jules and Linda got waved off on to the bus back to Nelson.

We had a fantastic time, beautiful weather, great people…..and the water was magic. I cannot recommend highly enough to go and do a course with the School, even just to iron out some of the bad paddling habits you tend to accumulate over the years. I will be going back.